This week’s roundup: Iran, technology and the union leadership competition

This week’s roundup: Iran, technology and the union leadership competition

The news has only been dramatic this week. US President Donald Trump organized the assassination of Iranian General Qasem Soleimani on Friday with a drone strike. At Soleimani’s state funeral in Tehran, the streets were filled with crowds chanting “Death to America!” And a weeping Ayatollah Khamenei vowed that a “long retaliation” would come to the United States. The media is teeming with geopolitical speculation: some say this amounts to a US ‘declaration of war’ on Iran, and will lead to World War III, while others worry about the possibility of a nuclear escalation. The BBC published this relatively deflationary report Overview risks, in the current state of affairs.

Nazanin Zaghari-Ratcliffe, a dual Anglo-Iranian citizen, jailed in 2016 for allegedly “plotting to overthrow the Iranian regime” and “spreading propaganda against Iran”, remains in prison in the country. Her husband called for an urgent meeting with British Prime Minister Boris Johnson. In view of Mr Johnson’s previous mismanagement of the situation as Foreign Secretary, and his refusal to condemn the assassination, declaring on Sunday “we will not complain about his death”, Richard Ratcliffe may well consider that he is entitled to an interview.

International concern also continues over the 19-year-old British citizen detained in Ayia Napa in Cyprus, who says she was forced to withdraw her gang rape allegations against a group of Israeli nationals under duress by Cypriot police. . She was sentenced in 2019 for “willfully engaging in public mischief”, and is currently pursuing an appeal process that could take up to three years. Dominic Raab this week urged the Cypriot authorities to “do whatever it takes” to settle his case.

In domestic politics, a Labor leadership race looms in the wake of Jeremy Corbyn’s catastrophic electoral defeat. So far, five candidates have announced their candidacy – Clive Lewis, Lisa Nandy, Jess Phillips, Keir Starmer and Emily Thornberry. Debate continues over the most important reasons for the loss of Labor, but there is a broad consensus among contenders that the main reasons include Brexit, Corbyn’s leadership, anti-Semitism and an implausible set of promises. of expenses. Rebecca Long-Bailey, who would represent the Corbynite component of the party, should soon declare her candidacy. Former leadership contestant Yvette Cooper released a set of seven recommendations for the next leader, written in the Guardian. The competition will run for three months, with votes opening on the 21stst February, and the result will be announced at a special conference on 4e April.

On the government side, adviser Dominic Cummings made public his plans for civil service reform, calling for STEM experts, programmers, project managers and “weirdos” and “misfits” to sign up with a “genuine” cognitive diversity ”its recruitment needs. The position is available here. There was some confusion as to its possible violation of labor law requirements. The No.10 has since clarified that Mr Cummings would not be allowed to bypass Whitehall’s normal recruiting process and that his post was only intended to solicit “expressions of interest”.

Globally, this week saw new calls to revisit the relationship between human rights and the tech sector. Human Rights Watch has urged
international rejection of “killer robots” – technology that would automatically kill without human intervention, currently being developed by states like China, Russia, the United States, the United Kingdom, Israel and South Korea. Killer robots have been identified as an issue requiring urgent multilateral intervention, and UN Secretary-General Antonio Gutierres has included the issue in his Disarmament agenda. A ban is also backed by a coalition of robotics engineers, technicians and AI experts from Google, as explained here.

Google has been criticized this week for its shortcomings in its approach to human rights. Former director of international relations Ross LaJeunesse claims he was kicked out of the company because of his desire for human rights reform within the company. He described offensive incidents in the workplace where employees were segregated by race and gender and encouraged to shout insults at each other, and highlighted failures in Google’s policy in handling personal data and violent content online. While at the company, Mr. LaJeunesse made the decision to stop censoring research results in China and worked to create a nation-wide human rights agenda. the company. Google has since returned to the Chinese search market in 2017 with a censored search product called “Project Dragonfly”.

In response to Mr. LaJeunesse’s claims, Google released the following statement: “We have an unwavering commitment to supporting human rights organizations and efforts… Ross has been offered a new position at exactly the same level and the same remuneration, which he refused to accept. We wish Ross all the best in his political ambitions.

In the UK, Surveillance Camera Commissioner Tony Porter said utilities were in serious difficulty without the proper advice from the government on the proper use of artificial intelligence technology, as reported in the Guardian. Mr Porter says he receives constant referral requests from public bodies unsure to what extent they are allowed to use facial, biometric and lip-reading technology. Facial recognition in particular was a real problem in 2019, with Ed Bridges pursuing a judicial review against the use of the technology by the UK police – although the court found that the use of the technology was proportionate, he also called that its use is maintained regularly. review. The government commissioned a review by the Committee on Standards in Public Life of the use of algorithms in decision-making by public bodies; the committee is due to report in February of this year.

The courts are currently on recess so there are no notable new judgments that have been rendered.

Samuelo Scarmarch comments on the labor court ruling on the status of “ethical veganism” as a “protected belief” under the Equality Act 2010. 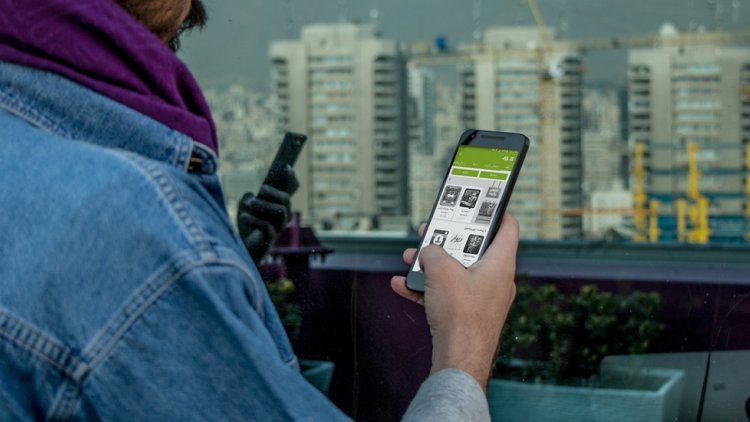