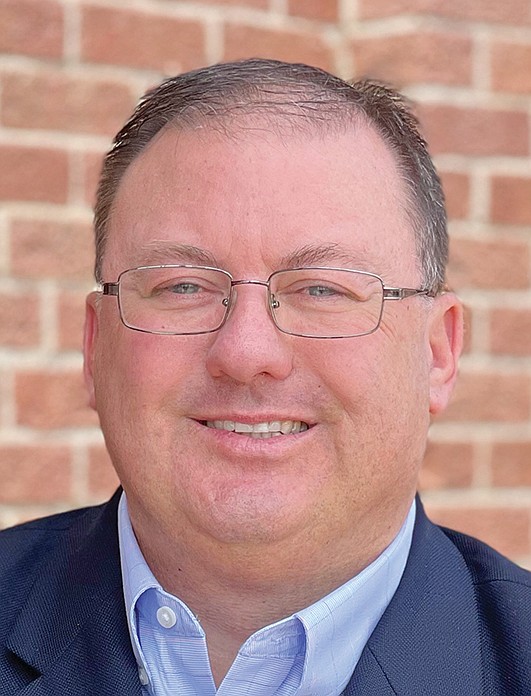 The main goal of Bobby Hart, the new superintendent of the Searcy School District, is to educate the whole child, from an early age.

“I would say he is a very courageous and enthusiastic servant leader,” said Josclyn Wiley, deputy superintendent of the Hope School District, where Hart is currently superintendent. “His passion truly lies in enriching education for all of our children here in Hope.”

Hart was appointed the new superintendent of Searcy on April 2 and will formally assume the position on July 1. He replaces Superintendent Diane Barrett, who recently retired after 45 years in teaching.

“Searcy is a great school system and city, and I hope I can add to that and the success they have had in the past,” Hart said. “I hope to improve what they do, as well as improve our relationship with [Arkansas State University-Beebe, Searcy Campus]. … I am just extremely grateful to be a part of the system, and I hope to contribute in a positive way and lead the district in the right direction.

Hart served as Hope’s superintendent for nine years, after serving as a high school principal at Genoa Central in Texarkana. He grew up in Bryant and graduated from Bryant High School in 1987. His mother and father are from White County, his father is a graduate of Bald Knob, and his mother is from Bradford. She has since died and is buried in Russell. Hart’s father, Dave, lives in Bryant.

“I had a few aunts and an uncle who were teachers, and I thought it was pretty cool working in school – it just felt natural to me,” Hart said. “There were also three or four teachers who were interested in me and saw something in me that I could try to help other people.

Hart said he wanted to come to Searcy because “it’s one of the best school districts in the state” and it was an opportunity for him to grow professionally.

“It was an opportunity to be able to be in a community that was at the forefront of a lot of things,” he said.

“He allows the people around him to work collaboratively and doesn’t put you in a box,” Wiley said. “He really encourages stakeholder feedback and tries to make the best decision not only for our students, but also for members of our community and their families. “

Wiley said Hart helped establish an Imagination Library branch in Hempstead County to encourage a love of reading in children even before they came to Hope as students.

Hart was one of four finalists for the position of Superintendent of Searcy, which included Rick Gales of Stuttgart, Nathan Morris of Cross County and Jerrod Williams of Sheridan. Hart said he felt honored to even be in the race because “they’re all great people and great leaders.”

“After careful consideration and two-hour interviews with all four nominees, the board – which includes Brent Blakely, Chad Joice, Jimmy Simpson and Philip Williams – found Dr. Hart to have a good heart, compassion, wisdom, patience, humility and vision. to lead Searcy Schools towards our goal of “Working for Excellence in Education,” said Mike Liles, Chair of the Searcy Public Schools School Board. “Dr. Hart’s love for students and love for the education system is evident every time he speaks.

“Our school and community are in good hands with Dr. Hart leading us with care. “

Three years ago, the Hope School District launched its Collegiate Academy, which allows students to earn an associate’s degree by the time they graduate from high school. The academy’s first class will graduate this year.

“It’s a major draw for the community and it’s something that I would love to replicate in some way. [at Searcy]”Hart said.” I am also very proud of the much needed construction that has been completed, allowing us to get out of some of the metal buildings.

“The team that we put together in Hope is also very good. We have the right people in the right seats, and I want to encourage the new superintendent to continue to nurture and nurture this program. “

Hart said so many high-demand jobs in the area require some sort of training, and he said he saw the importance for high school students to have something that shows they are employable.

Initially, Hart began his teaching career as a high school football and basketball coach and had no intention of working in administration.

“You can do a lot of good as a high school football and basketball coach, but you can impact a lot more kids in the principal’s office,” he said. “I was a very average athlete, and really, really, my high school basketball coach gave me the confidence to do certain things professionally.

“I saw first-hand the impact [coaching and teaching] may have.”