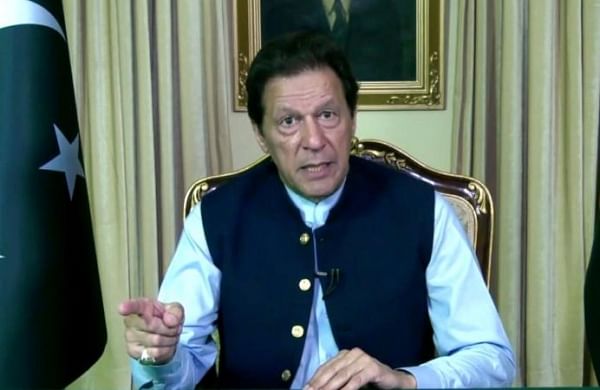 LAHORE: Pakistani Prime Minister Imran Khan on Wednesday slammed the country’s English-medium education system, saying it was inherited from the British who built such schools to create an “elite class” in the Indian subcontinent to serve them.

Khan also told an audience in Lahore how he had become an English boy from a public school and not a Pakistani through this education system.

“When I graduated from Aitchison College Lahore and went to England for further education. I felt like I had become an English public school boy and not a Pakistani. I distanced myself from my culture and my religion thanks to this educational system in English,” he lamented.

He said the English education system was inherited from the British, who built such schools to “create an elite class in India (indivisible) who are Indian in color but think like us (Brits), have our attitudes and through whom we can govern such a great continent”.

Khan also regretted that after independence from the British, Pakistan could not develop its own system.

“Pakistan should have focused on fixing the class-based education system inherited from the British, but it couldn’t,” he said and spoke of three different education systems that came into being as a result. in the country – Urdu-Medium, Seminars and English Medium – which have created different classes.

The English media system evolved in such a way that there was less emphasis on education, character building and more on creating desi-valyati (local foreigners),” he said and held politicians accountable for this “class-based education system”.

The Pakistani government has recently introduced a unique national curriculum in the country which requires all subjects up to grade five to be taught in the national language in addition to teaching English as a language.

Teaching the English language to every student is necessary to use it as a tool to pursue higher education.