“It is tragic that students who leave the education system now, never return”, Evangelical Focus 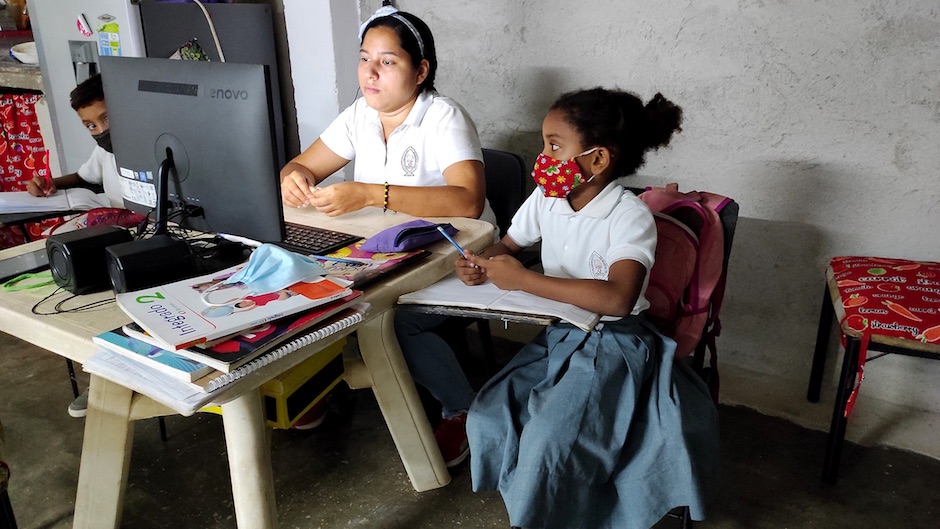 “It is tragic that students who leave the education system now, never return”, Evangelical Focus

Education is one of the areas in which it is most evident that the pandemic has not affected all continents in the same way.

Last March, UNESCO (United Nations Educational, Scientific and Cultural Organization) warned that “24 million children and young people are at risk of dropping out, and more than 100 million children will fall below the minimum level of reading proficiency due to the impact of school closures”.

The vast majority of them in the southern and eastern regions of the world.

In Latin America, a report by the same organization, published in September 2020, showed that 97% of students had been deprived of their normal schoolingand that 137 million children had missed an average of 174 school days.

These are numbers that UNESCO says could cost the region up to $1.2 billion in potential revenue.

A student listens to the lessons remotely from her home, via a radio and a CD player. / Alianza Solidaria.

“In Latin America, the impact has been terrible economically. So much so that, in relation to the fight against poverty, we can say that, in a single year, all countries have regressed to where they were 20 years ago. The worse the starting situation, the worse the impact. the the poverty rate has increased by an average of 11 points in each country. The unemployment rate tripled in the first quarter of the pandemic alone,” explained Francisca Capa, president of Alianza Solidaria, the social branch of the Spanish Evangelical Alliance.

All this stress “has fallen on the children, so there are not only many children who go to bed without eating, but children suffer from serious emotional problems because they live in broken homes”

The organization now promotes a digital classroom project to stop school dropouts among the most vulnerable families in Latin America.

According to Unesco, about a third of the world’s school population (463 million students) does not have access to distance learning. This mainly concerns regions such as Southeast Asia or Latin America.

Many vulnerable families in Latin America do not have access to electronic devices to continue their studies. / Alianza Solidaria.

“Classes were suspended and students went to virtual education overnight. Although each country has allocated resources to digitize education, this aid has often not reached those most in need. The reality was that the majority of schools, nor the majority of families, especially the most vulnerable, have not been able to fully access this type of educationCapa said.

She recalled that “the steps to access certain scholarships had to be done virtually, which greatly limited access. This was the case of the families of the schools with which we collaborate. They had to go to the schools to ask for help with the grant processing from the school staff. Data SIM cards were also offered, but families did not have devices.

Furthermore, “the indigenous areas did not have access to this type of education because there was no internet coverage in their field. The aid was diverse, but due to the characteristics of the most vulnerable population, it did not have the expected impact,” added the president of Alianza Solidaria.

The rapid shift from the classroom method to virtual education that many countries have implemented has not only left little room for families in vulnerable situations to adapt; nor have schools and teachers been able to adapt their activity adequately to the circumstances.

Therefore, warns Solidarity alliance“many children from vulnerable families are at serious risk of dropping out of school”. 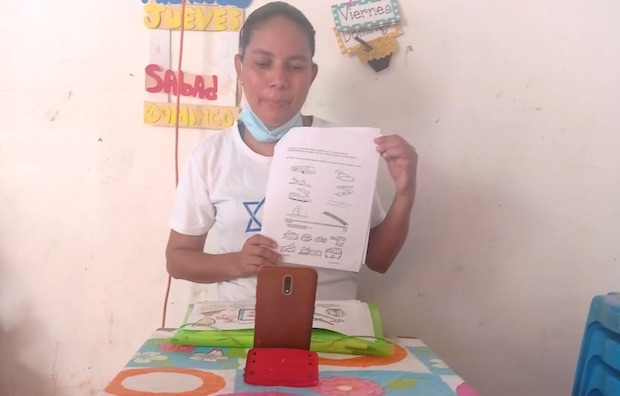 Many teachers do not have the technical support to adapt their teaching methods. / Alianza Solidaria.

“This is due to many factors: on the one hand, there are no face-to-face lessons; on the other hand, schools do not have sufficient means to provide virtual lessons and children do not have the means to access this type of education; Moreover, parents do not have the skills or training to help their children in this new modelCapa pointed out.

According to the president of Alianza Solidaria, all this leads “parents to think that the children would do better to work, to bring something home. It is tragic that students who leave the education system now, never return”.

With the ‘Connecting’ project, Solidarity alliance aims to “keep children connected to the new education. We want to provide our partner schools, as well as the neighborhoods where the children’s clubs are located, with computer rooms, in order to train them in the use of digital tools, which are the language of the future and necessary to advance their education. said Capa.

The project will create spaces adapted to new technological requirements in six schools, installing a classroom equipped with computers in each schoolL. It will also equip each of the children’s clubs with which the NGO collaborates with one of these rooms. 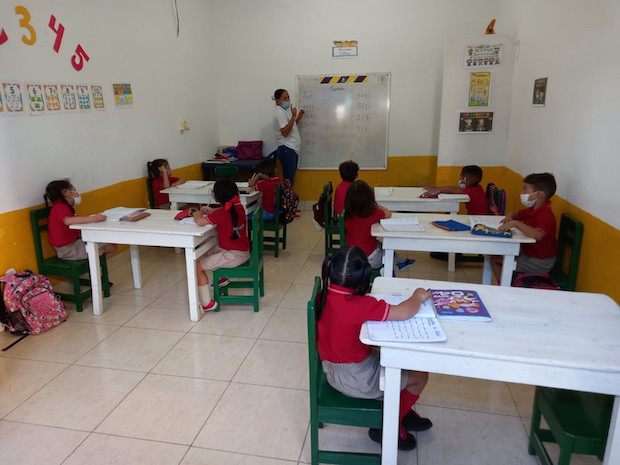 A group of students returning to mixed classes./ Alianza Solidaria.

In total, Solidarity alliance estimate that up to 1,130 boys and girls were able to access electronic devices continue their studies thanks to the project.

“The primary goal of this project is to fight against school dropout. We want to try ensure children stay in school and learn the skills to face the challenges that the future will bring,” Capa explained.

Moreover, “these classes will have formed volunteers to accompany the children in this type of education. But we don’t just want to open these classrooms, with their volunteers, for the benefit of our children, but they will also be open to children in the region who need them,” stressed the president of Alianza Solidaria.

Solidarity alliance insists that “this type of virtual education has come to stay”, and they assure that it is necessary to create “the conditions so that children in vulnerable situations can access it”.

Otherwise, “there will be a generation of lost children who will no longer have the opportunity to improve their futureor will have it worse than their parents,” they warn.

You can read more about this project here (in Spanish).

Posted in: Gospel focus – life and technology
– “It is tragic that students who leave the education system now, never come back”