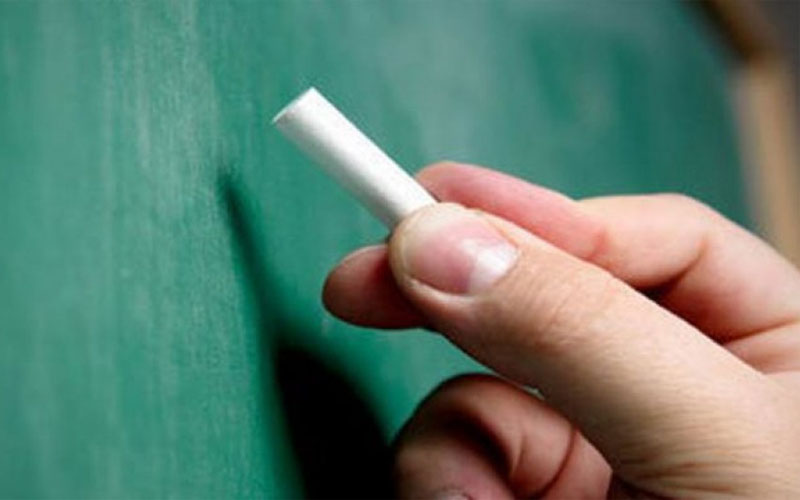 In 2020, the average teacher salary in Iran was 58 million rials [$221] per month. Mohammad Bagher Nobakht, the former head of the Planning and Budget Organization, had already promised that this salary would increase the following school year. However, there is no tangible progress in this context yet.

According to official statistics, there are about one million teachers in Iran. “For many years, livelihood issues and financial pressure have dissolved the power of the creators of generations,” wrote News from Kebna website on October 12, admiring teachers for training the next generation.

However, these disinterested people met with no response to their demands, but “we have no budget” from ministry officials whenever they raised their voices for fair pay and arrears. They have been convinced that the education system does not care about their dilemmas, which seriously frustrates them.

However, their difficulties are not limited to financial aspects. Indeed, the social position of teachers has been challenged in recent years. After decades of honest service, they are forced to close classrooms and flood the streets for their inherent rights. Many have taken up additional careers such as taxi driving and street vending to make ends meet. They see a dark future on the horizon.

On the other hand, teachers have for many years been confronted with deficits in educational content and a lack of adequate school facilities. “The education system has not seen any development for 200 years,” said Ali Zekri, an education expert. “Tables and benches filled the traditional schools.”

Zekri also explained that a dogmatic and soulless atmosphere had dominated the educational centers. “Many schools are deprived of equipped laboratories, sports fields and other necessities. Classrooms do not encourage students to learn,” he added.

Unresolved demands and the increasing rate of financial dilemmas are other issues that cause teachers to constantly raise their voices. However, education officials still treat teachers’ demands with indifference, pushing them to resort to other avenues to assert their inherent rights.

“There is no government institution or ministry with such a volume of official arrears,” said Hessamoddin Pour-Sabet, an education official in the northeastern province of Razavi Khorasan. “The lack of balance between the salaries of teachers and those of employees of other departments is another concern of the teaching society. Teachers only want to be considered employees of other ministries in the case of finance and livelihoods,” he added.

According to recent studies, employees of the Ministry of Agriculture, health personnel and teachers receive a minimum wage. Among the employees mentioned, teachers’ salaries are 30-40% lower than those of others. Moreover, they do not earn privileges and bonuses.

“Privileges and bonuses could ease the burden on teachers in the face of skyrocketing inflation. They have suffered injustices over the past decades,” said Pour-Sabet.

The other demand from teachers is the implementation of the “grading plan”, to which the Ministry of Education has yet to respond despite frequent protests from teachers across the country.

“Officials always blame the budget deficits,” says Pour-Sabet. However, the government refused to pay the arrears and other economic demands under the pretext of the high number of demands.

This is when the country suffers from a shortage of teachers, educators and trainers. According to official reports, the Ministry of Education lacks about 200,000 teachers to cover all schools in Iran with a school curriculum. In this context, observers predict a major crisis in the country’s most important ministry. “Since 2018, 40,000 teachers have retired on average every year. However, there are no suitable people to replace them,” they say.

Nevertheless, the Iranian education system faces enormous dilemmas, and the government is trying to solve them at the expense of teachers. Therefore, teachers – and of course students – are the only victims of the education mafia in the country.

Through peaceful protests, teachers have fought for their basic rights in recent months. However, the government, which only understands the language of power, has not yet responded to the demands of these disinterested people. Such behavior pushes teachers to find other ways – probably protest actions – to force officials to recognize their claims.

‘Teachers imprisoned must be freed’, ‘Teachers will not give in to disgrace’ and ‘We will never go into the classrooms until we get our rights’, chanted by teachers showing their patience is at an end. end and are looking for other ways to win their claims.