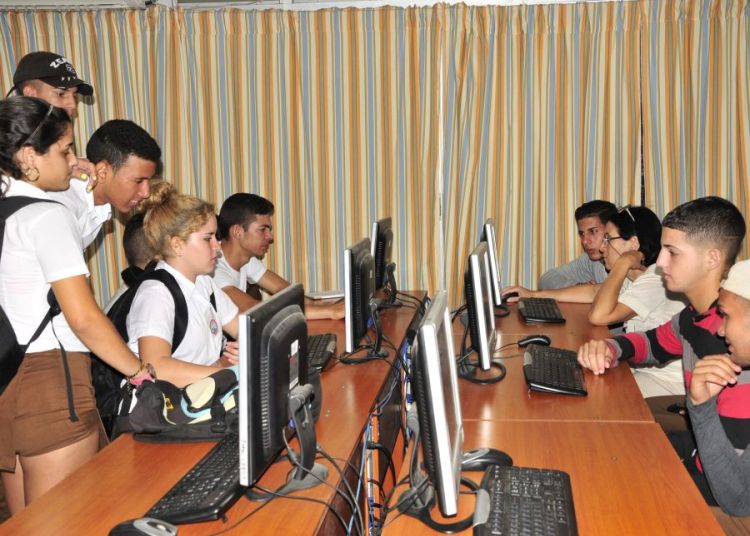 Although a large percentage of Cuban teachers belong to the analog generation, the Ministry of Education (MINED) is openly committed to upgrading and training them in the modern technological world, so that they can acquire digital skills commensurate with the skills of the students.

Fernando Ortega Cabrera, National Director of Educational Technologies at MINED, affirmed that said strategy is an essential part of the process of computerization of the Cuban educational system.

In a recent interview with the newspaper Grandmotherthe official said that they are currently in the second phase of electronic government, which is interaction, which has led to the exchange with users through the institutional website of MINED.

Ortega Cabrera also explained that this strategy has a responsibility with the use of public access platforms, which contribute to collaborative networking. “It allows teachers and students to interact in one class with another class and schedule projects of all kinds between them.”

As is logical, vital in this undertaking is the connection of nearly 3,500 schools to the data transmission network of MINED, a goal which is sought after the connection of more than 300 centers between municipal services, the palaces of the pioneers and homes for children without family protection, Grandmother noted.

Exactly, among the priorities of the process of computerization of educational work is to develop and deploy computer resources for the Computer Network, as well as the monitoring of connectivity indicators and data transmission services of the national education system.

Fernando Ortega Cabrera said there were setbacks to carrying out such a plan, such as the limitations when “acquiring technology that allows each of our students easier access to technological resources to be able to teach subjects.

“Currently, it is difficult for MINED to acquire tablets, computers and smart classrooms, which could promote the teaching-learning process, which includes the technological part, which goes through the whole question of l acquisition and available money for the nation to invest. . Sometimes the country has money, but businesses are not selling because of the blockade,” he added.

Ortega Cabrera explained that, despite the limitations, the idea is that all provincial departments and connected schools have their own websites, not just social media. To achieve this, an attempt has been made to “reverse the state of connectivity in educational centers”, so that scientific and psycho-pedagogical content is freely accessible.

In addition, MINED believes that it is essential to guide young people in the responsible, safe and healthy use of new technologies.

“Another of the great challenges is to train teachers and students so that they can enter a digital society, based on the country’s computerization policy, in order to be digital citizens, aware of everything what is happening in Cuba.