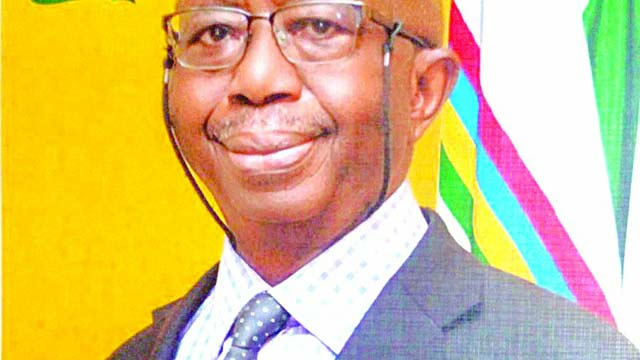 Despite great educational potentials over the past 60 years, the journey of educational policies and their implementation has been tumultuous and distorted, writes Education Office Chief IYABO LAWAL.

From promising, the country’s education system has turned into an eyesore, distorted and tumultuous. Since 1960, the country has explored various approaches, with nearly every step seeming like a faux pas.

Before 1960, its educational system was modeled on that of the British: six years of primary education, five years of secondary education and two years of higher education or A-Levels. There have been resounding successes in terms of entries and exits. A few years after independence, the system changed.

In 1983, the education system was updated to the 6-3-3-4 system (six years in elementary school, three years in middle school, three years in high school, and four [not in all cases] years in higher institutions), similar to the American system. A decade later, precisely in 1993, the federal government developed and adopted the first National Education Policy. This marked the genesis of changes and modifications at different levels of the system.

In the north of the country, the Koranic school system, with its problems of lack of accountability, continued to thrive and function alongside the national education system. Although Universal Primary Education (UPE) has made primary education free and universal, little or no attempt has been made to make it compulsory for all children.

The national education policy was revised again in 1998 and 2004 to ‘make it relevant to the development needs of the country’, particularly in the north.

Experts noted that since education is an agent of cultural transmission as well as change, Nigeria’s revisions to its education policy should reflect the “dynamic process of nation-building which is continually modified by new conditions”.

The Education Policy of 1998 introduced the Universal Basic Education (UBE) programme, prescribing nine years of continuous education (six years in primary school and three years in middle school) aimed at eradicating illiteracy and providing equal learning opportunities. The policy has not been applied.

Not having finished inventing and reinventing policies in the education sector, the current administration has proposed “Education for Change: A Ministerial Strategic Plan (2015-2019)”.

In the document, the federal government proposed strategies for engaging with state governments in addressing the issues of out-of-school children. It also planned to increase the national Net Enrollment Rate (NET) by enrolling 2,875,000 students per year for the next four years, as well as renovating schools destroyed by Boko Haram insurgents and constructing 71,874 classrooms. additional per year.

But education officials and stakeholders, in their separate assessments of the sector over the past 60 years, said the sector has deteriorated and will need an overhaul to meet the challenges of the 21st century.

TEACHER. Kila said the sector could be measured by the poor state of school infrastructure, low teacher happiness index, poor quality of school leavers and a high percentage of parents sending their children to private and foreign schools. .

“Sixty years ago many came to study in Nigeria, but today most study in the country simply because they cannot afford to go anywhere else.”

He identified major challenges as the inability of leaders to see the link between education, public order and process, and low budget allocations to the sector by successive governments.

Regarding the different education policies by successive administrations, Kila said this is an indication that the “real” actors are not involved in policy-making.

To improve the country’s education system, the director of CIAPS said the government and its people must first admit that there are problems in the sector and then declare a state of emergency to address them.

“There is a need to increase budgetary allocations at all levels, to transform all colleges of education into postgraduate schools so that only postgraduate students can teach. We need to double teachers’ salaries and add other extras to attract and retain the best and brightest in teaching,” Prof Kila added.

FORMER Vice-Chancellor of Olabisi Onabanjo University, Professor Soga Sofola, said in the 1960s that the country’s education system was functional and qualitative in all three regions. There were good teachers and they were kept on their toes by the education inspectors who checked the adequacy of the instructions of the teachers’ lecture notes, while the higher education system was comparable to what was happening in advanced societies.

The high schools were also qualitative with a bac+5 and bac+2, then three years of university including five in medicine. Later, towards the end of the 1960s, a preliminary university (now 100-level) was established and A-levels were gradually phased out of public secondary schools.

This development, he said, has contributed to the declining quality of university admission due to increased access to admission, and has also led to the proliferation of universities .

He lamented that the intervention of the National Universities Commission (NUC) through the introduction of “entrepreneurship studies” as a compulsory component of general studies could not achieve the desired result.

Professor Sofola also identified the inability of university programs to catch up with modern trends as one of the challenges facing the sector.

To solve the problems of the sector, Professor Sofola called for the overhaul of the university system to improve its quality; increased funding; sponsor Ph.D. students with scholarships and stipends; increased funding by TETFund for research, preferably in dollars, as well as automatic employment for first-class graduates.

“In doing so, the system must have a reward system, whereby not all teachers would earn the same salary. The ability to attract research grants should include higher personnel costs for the researcher so that they are comfortable, better focused, and attract bright students/staff to their research group.

In addition, he said that universities should be able to rate professors on the quality of teaching through student questionnaires and use it for promotion, while the working environment should be improved.
For his part, Professor Sheriffdeen Tella said education models have always produced high-caliber citizens if properly funded and implemented.

“Underfunding, particularly by state governments which in most cases have not provided matching funds, remains the biggest problem, as it invariably affects the learning environment, the quality education and outcomes (poor quality graduates at all levels), and encourages dropouts, among others.

He added that a steady decline in budgetary allocations to education at various levels, coupled with an increase in cases of corruption, plays a major role in the underdevelopment of the sector.

PROF Olukoju noted that despite the disruption caused by civil war and protracted military rule, the education system up to the 1980s was characterized by maintaining relatively high standards, including the high quality of staff and students at primary, secondary and higher levels.

“Low school enrolment, especially in the northern states of Nigeria, necessitated affirmative action through a quota system for admission to federal colleges and tertiary institutions, put in place by government to promote national unity.

“An immediate consequence of the Structural Adjustment Program (SAP) was the precipitous collapse in the value of the naira, which was accompanied by underfunding of education at all levels. Teacher morale plummeted and over time less emphasis was placed on quality even as massification took place without commensurate funding, teacher supply and adequate infrastructure.

He added: “There was a constant decay of school buildings, obsolescence of laboratory facilities and library holdings, neglect of teacher training, although the National Certificate of Education (NCE) became the minimum qualification for teachers. This has encouraged a fixation on simply possessing certificates without content or quality.

To solve the problems, the eminent professor called for an increase in budget allocation, monitoring of disbursements and execution of projects, investment in the electronic library; internet bandwidth, online teaching facilities, training more teachers and retraining them in basic skills and managing online/distance learning.

On different education policies, especially the 6-3-3-4 and 9-3-4 systems, the former vice-chancellor said there is a disconnect between the design and the practical realities of its implementation , due to corruption, poor performance and insincerity.

To reposition the sector for 21st century realities, Olukoju said there should be regular program and performance reviews, and a national platform to compare experiences within and across regions and states.

One thing the experts agreed on is that Nigeria’s 60 years of tinkering with its education system has not worked largely due to half-hearted policy implementation.